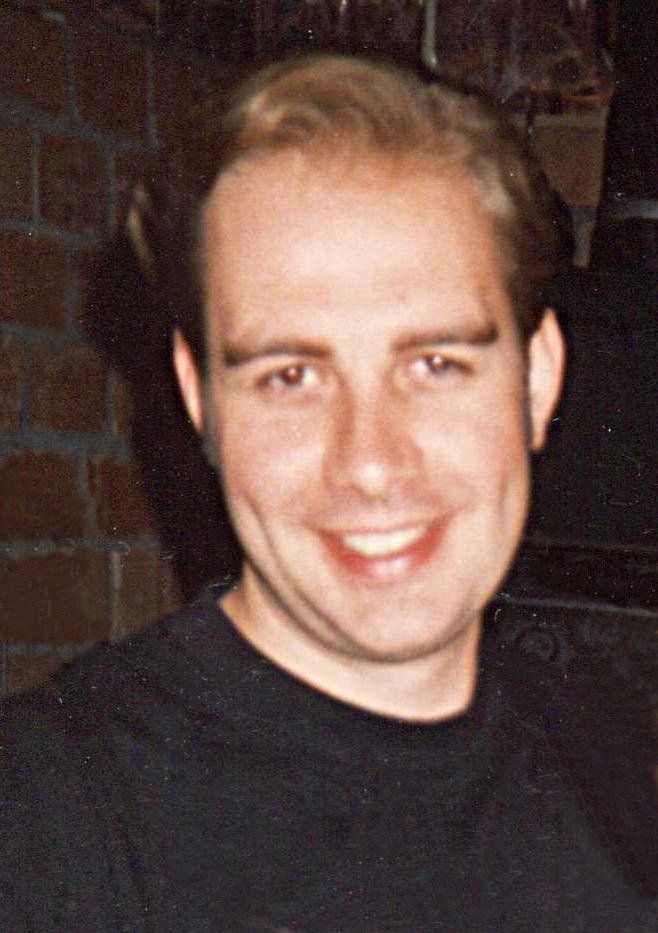 Jamie Hastings died last Thursday. I don’t know any of the particulars, other than what was in the obituary.

I first heard about it late Tuesday night, and at first it didn’t bother me much. We hadn’t had any contact in 20 years. But on Wednesday, I found myself in a lot of pain and pondering on the frailty of life and the amount of wasted potential in the world.

The funeral is taking place now, but I live in Arizona and am not able to attend. I still want to do something, though.

I got a request from Lori Nielsen Jeffs (via Travis Nelson) for memories of Jamie. She is speaking at the funeral and was looking for ideas.

If you have read Speaker for the Dead by Orson Scott Card, you have run into an entirely different kind of eulogy—one that speaks simply the truth of the life lived, not one whitewashed. That’s kind of what I gave Lori—mostly unfiltered memories I had of Jamie.

I want to share it with those who remember, and those who never knew. I hope it’s a fitting tribute.

I’ll give you what I can, but it’s more of me vomiting on the page than a eulogy. More Speaker for the Dead style, really. I don’t know how much (if any) of it will be appropriate to your purpose, so use what you want (if any) as you see fit. I’m not embarrassed by it, at least not any more.

Like a lot of us (it sounds like), I hung out with Jamie a bit in high school, but we weren’t really close. I consider him a friend, but we last talked 20 years ago. I don’t think I was ever at his house. He was a year ahead of me in school, and enough older than me that we didn’t spend more than a few months in the same priesthood quorum at church.

I really liked Jamie’s artwork, but I honestly never saw much of it. I remember 2 pieces in particular, though.

One was a heart-shaped box made of clay. It was decorated nicely, but the cool part was that it had a key and working lock, also made of clay. I thought it was ingenious. He gave it to Tiffany Kohler (now Klick). It was in her room that I saw it, and I asked her about it.

The other was a rather disturbing watercolor. It was a painting of a giant, eviscerated, human heart on a black background. The heart was engulfed in flames. In the foreground was a young woman walking away, carrying a gasoline can. (There was one failed relationship that Jamie never could seem to get over, the whole time I knew him.)

Jamie introduced me to Depeche Mode, at least the deeper stuff that wasn’t on the radio. I don’t know if that’s a good thing. He had the cassette of Music for the Masses. I don’t listen to Depeche Mode much any more (thank goodness), but I am now. Today, Black Celebration seems terribly appropriate. (Between Jamie with Depeche Mode and Alan Scholes introducing me to The Cure, I was a slightly-disturbed closet goth for 5 or 6 years, following high school.)

I introduced Jamie to the Society for Creative Anachronism (a medieval reenactment organization), and we went to a couple of events. One was in Sealander park, near Shelley, but I don’t think he enjoyed it very much. He didn’t have any period garb, so he ended up wearing a pirate shirt and jeans. He spent most of the time commenting on all the fat women in low-cut dresses. He did buy himself a nice, hand forged knife though. He actually haggled the merchant down on the price.

The other event we went to was near Bozeman, Montana. He drove us up, so we had a lot of time to talk. Unfortunately, I can’t remember anything that was said. I don’t think any of it was of consequence. Since neither of us really knew anyone else at the event, we spent the whole day together. It was fun, and after it was over, we were closer. But I still can’t say I knew much about his inner life. He never really talked about it.

We used to play Dungeons & Dragons together, with Travis Nelson, Chuck Burgess, and Nathan Wingert (and maybe Jeff Nielsen and Alan Scholes—I can’t remember any more). Jamie always seemed to willfully double-cross members of the party (his team) and ended up getting killed, in the game. In one session, he stole from me, so I knocked him unconscious and left him to die (which is to say, my character did that to his character). I don’t know why it always ended like that. It was just a game, but he always used the same failing strategy.

I only have a couple of other specific memories. I remember borrowing some of his Conan comic books, and I remember him saying that he wanted to become successful and come back to build a million-dollar house in Basalt. I have no idea whether it was purely in jest or something of a wish.

In the end, I wish we’d been better friends. I wish we’d stayed in touch. I wish… but I guess it doesn’t matter now.